The controversial Taro protocol is ready for testing. The initial version of the code is available on GitHub, and it enables “developers to mint, send, and receive assets on the bitcoin blockchain.” Notice that the company isn’t talking about the Lightning Network yet. In a blog post announcing the Taro launch, Lightning Labs promised, “once the on-chain functionality is complete, we’ll work towards integrating the Taro protocol into lnd, bringing Taro assets to the Lightning Network.”

This is the first step of many and it’s mainly aimed at developers. According to Lightning Labs, “this initial release is only designed for testnet usage as a way for developers to start using the code.” That means, no real value is flowing through Taro at the moment. But… what is Taro anyway? The blog post defines it as a “Taproot-powered protocol for issuing assets that can be transferred over bitcoin and in the future, the Lightning Network for instant, high volume, low fee transactions.”

Taro Will Enable Stablecoins To Travel Through Lightning

This is a multifaceted protocol that allows many things, but the feature everyone is excited about is the fusion of stablecoins with the Lightning Network. It’s controversial because you have to trust the issuer of stablecoins, which means they come with counterparty risk. Bitcoin doesn’t have that problem. In any case, in the subsection titled “The First Step Towards Bitcoinizing the Dollar,” Lightning Labs tries to convince us that stablecoins over Lightning are a good idea:

“With Taro and the incredible developer community, we can build a world where users have USD-denominated balances and BTC-denominated balances (or other assets) in the same wallet, trivially sending value across the Lightning Network just as they do today. This leap forward will accelerate the path to bringing bitcoin to billions.”

If that sounds too much like Galoy’s stablesats, it’s because both implementations are trying to solve the same problem. They use vastly different methods, though. And place the counterparty risk in different places. 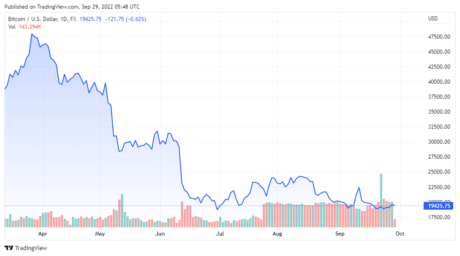 How Does Taro Work And What Else Does It Do?

Don’t worry, these brand-new protocols are hard to master, or even understand. Luckily for us, Lightning Labs gave us a technical-but-easy-to-follow explanation as a refresher:

“Taro assets are embedded within existing bitcoin outputs, or UTXOs. Think of these assets as “UTXOs within a UTXO.” A developer mints a new Taro asset by making an on-chain transaction that commits to special metadata in a Tapoot output. When minting a new asset, the Taro daemon will generate the relevant witness data, assign the asset to a private key held by the minter, and broadcast the newly created bitcoin UTXO to the bitcoin network. This new outpoint becomes the genesis point of the newly minted asset, acting as its unique identifier.”

When Lightning Speed first tackled the Taro subject, we explained what a Taro asset can be:

“What is a “Taro asset”? Whatever you want, your BTC can be “converted into different assets such as USD to EUR or USD to BTC.” Or, as Bitrefil’s Sergej Kotliar puts it, “Pay in currency of sender’s choice, receive in currency of recipient’s choice. This means that every wallet can now have native Strike-type “USD balance” functionality for example. With no need to trust the wallet, the only trust lies in the issuer of the token.”

How To Get Started With The Novel Protocol

As previously stated, this Alpha release is mainly for developers. If you’re one or know of one, here are the protocol’s coordinates:

“To get started exploring Taro, download the daemon, check out the API documentation, and read the getting started guide. And for a more extensive explanation on how Taro works, take a deep dive into the Taro BIPs and our documentation.”

Have a blast, developers. And please report back to us with your findings.