Bitcoin price remains stuck below its former all-time high set five years ago. The shocking decline has been one of the worst crypto winters on record, and the market is bracing for continued meltdown.

However, a series of on-chain indicators in BTC could provide clues to how close we are to a bottom. Let’s take a look.

A Series Of Six On-Chain Indicators Shout: Bitcoin Bottom Is In

Bear markets are brutal in Bitcoin or otherwise, because the bottom is only known in hindsight. The feeling that markets will fall forever, creates a fear that freezes investors from buying at long-term lows.

Technical analysis is one tool that can be used to find oversold conditions or other signals that support the idea of a bottom. Unique to cryptocurrencies, is a subset of quantitative fundamental analysis that focuses on on-chain signals. Several such tools are potentially suggesting a bottom is in. 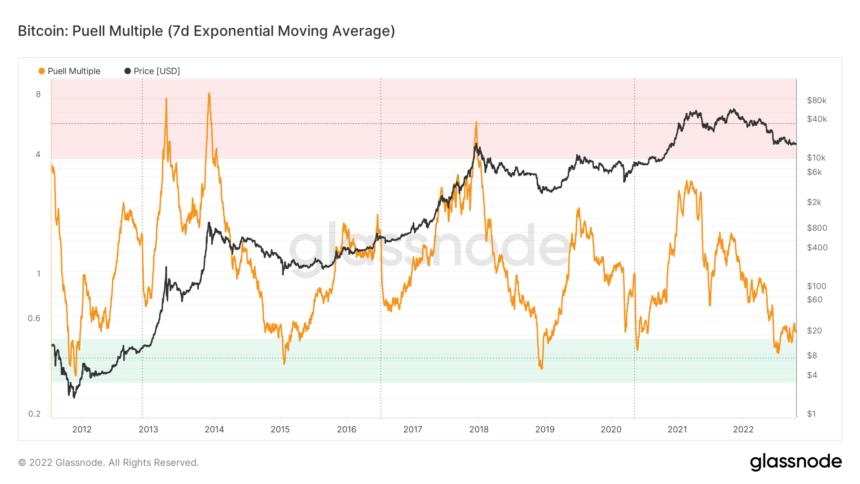 Bitcoin Reserve Risk is currently demonstrating the most attractive risk/reward setup ever. Reserve Risk is defined as price / HODL Bank. It is used to assess the confidence of long-term holders relative to the price of the native coin at any given point in time. 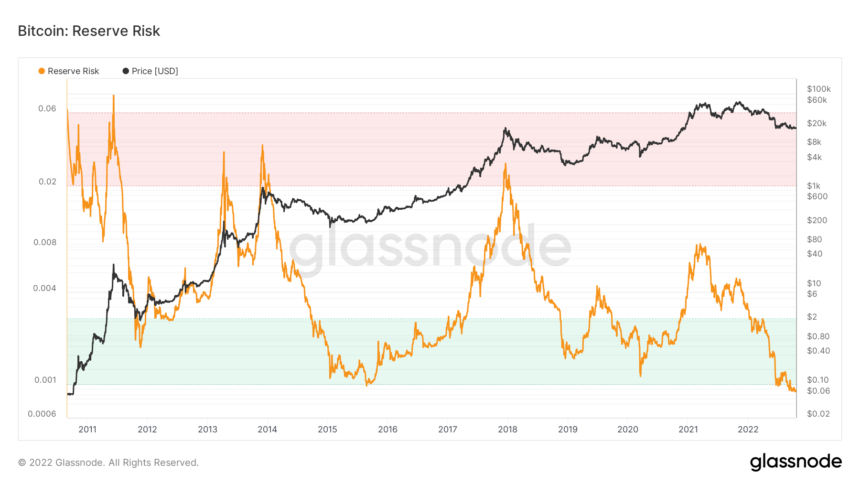 In this chart, we have MVRV Z-Score. The MVRV Z-Score is used to assess when Bitcoin is over/undervalued relative to its “fair value”. 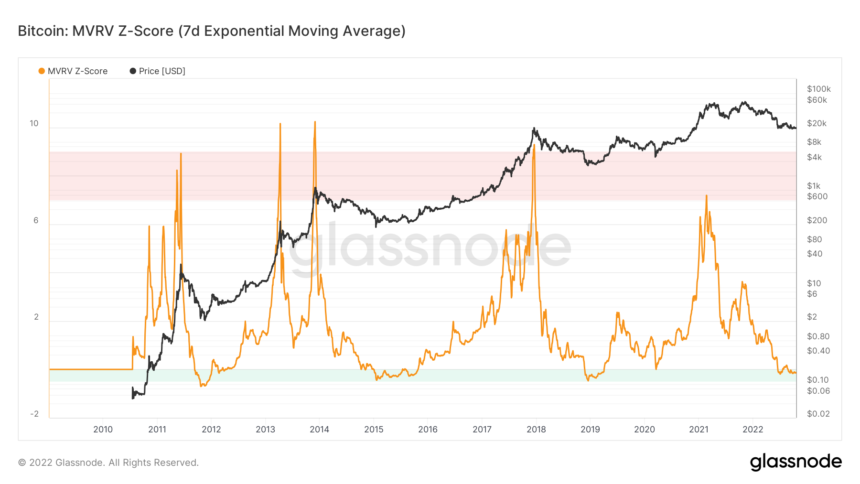 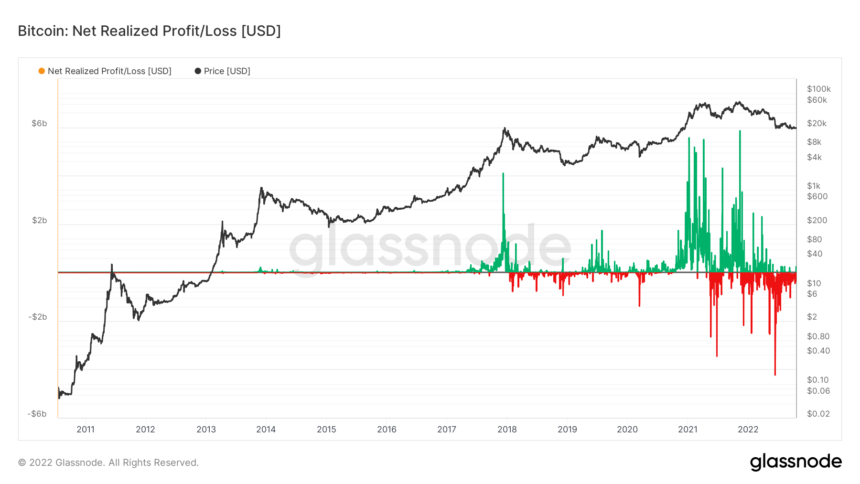 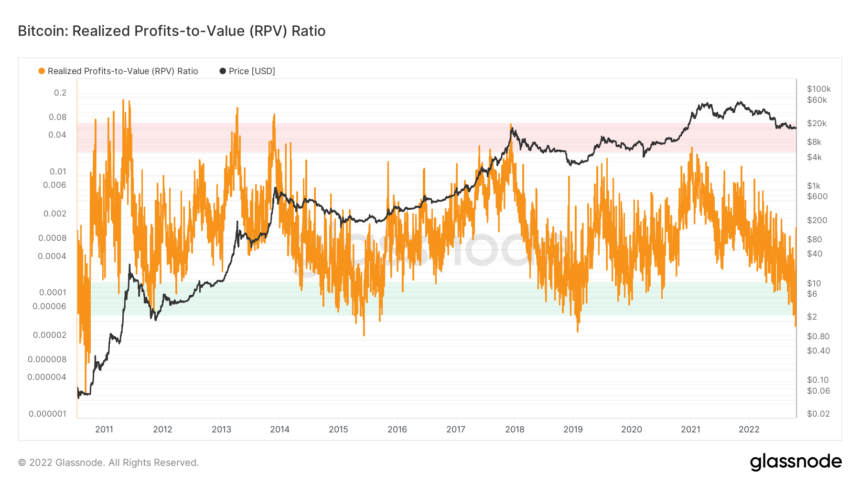 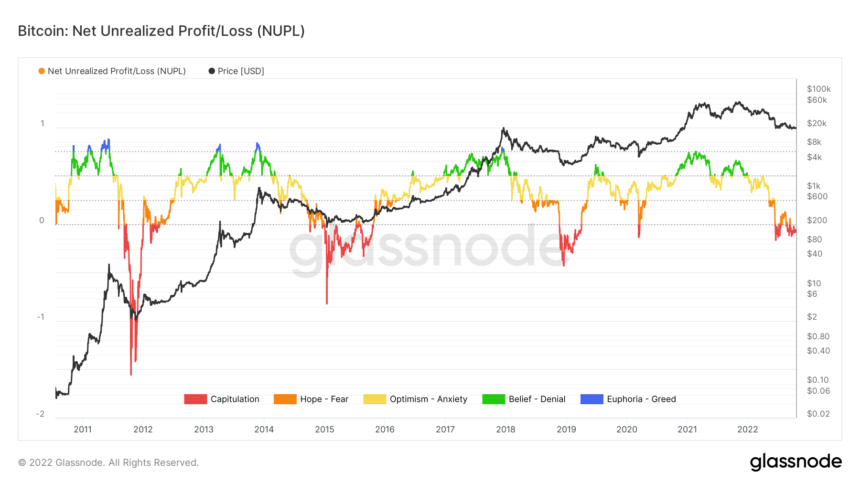 While none of these signals confirm the bottom is in for Bitcoin price action, each tool is in a zone that historically has been where past bear markets ended. Should the top cryptocurrency by market cap bottom here, it would be the smallest maximum drawdown in Bitcoin history.

Follow @TonySpilotroBTC on Twitter or join the TonyTradesBTC Telegram for exclusive daily market insights and technical analysis education. Please note: Content is educational and should not be considered investment advice.