Data shows that Bitcoin’s correlation with Nasdaq has fallen to the lowest since December 2021 as BTC continues its strong momentum.

According to the latest weekly report from Arcane Research, movements in US markets are becoming less relevant to BTC. The “30-day correlation” is an indicator that measures how closely Bitcoin and another given asset performed during the past month.

When the value of this metric is positive, it means BTC has been responding to changes in the price of the other asset by moving in the same direction. On the other hand, negative values imply BTC has been displaying opposite price action relative to the asset.

Naturally, the correlation is precisely equal to zero, suggesting the prices of the two assets aren’t tied in any shape.

Now, here is a chart that shows the trend in the 30-day correlation between Bitcoin and Nasdaq over the last couple of years:

As displayed in the above graph, the Bitcoin 30-day correlation with Nasdaq was at a high positive value throughout most of 2022, suggesting that BTC was moving closely with the US equity then.

The report notes a few reasons behind the two assets being this correlated. First, institutional investors, who treat BTC as a risk asset, saw a rising presence in the market during this period. These investors are sensitive to macro movements and thus contribute to Bitcoin’s high correlation with the stock market.

Second, growth companies like Tesla held large amounts of Bitcoin exposure in the past year. This presence of public companies also naturally led to BTC being tied with Nasdaq.

The third factor was the selling being done by miners. This cohort was being pressured by higher interest rate costs (as they took on large debts to expand their operations) and the rising energy costs, which left them with no choice but to sell off their BTC reserves.

The fourth and last reason was the short-sighted decisions made by crypto companies, who prioritized growth over healthy financials in the low-interest rate regime of the past. 2022’s prolonged bear market has left most of these firms with huge losses, forcing some of them to go bankrupt.

Most recently, however, the Bitcoin correlation with Nasdaq has decreased significantly, as the metric’s value is just 0.29, the lowest level observed since December 2021, more than a year ago.

“Compared to 2022, public companies hold far less BTC, miners have less BTC to sell, and several institutional players have left the market,” explains Arcane Research. “All of these factors are in favor of softening correlations onwards.” 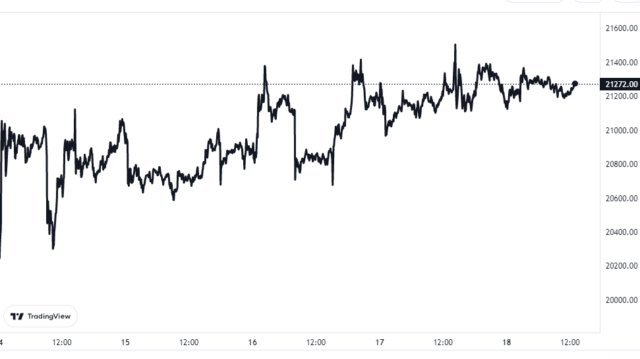